Tracking a Baby with AWS and IoT

I don’t talk about it much when I’m in a professional mindset, but I do have a family at home. My daughter, Aubrey, was born on May 24, 2016. For the first few months of her life, my wife and I tracked her diaper and feeding schedule meticulously using an app called Baby Connect. It allowed us to record data on our individual phones but have it synchronized through the cloud. Of course, being the technologist I am I couldn’t leave it at that. Using AWS services and their IoT toolkit, I was able to build some additional integration points for Baby Connect, allowing me to track diapers with the push of a button on the changing pad, or bottles with the sound of my voice and my Amazon Echo.

Read on to learn more about how I did it. 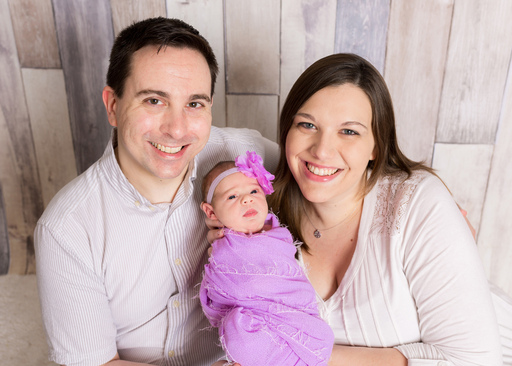 Want to get right to the code?

There are four separate GitHub repositories for this project.

This diagram (click for detail) shows a high level overview of the automation I built. Before going through the flow of everything, let’s describe each individual component for anyone who might not be familiar.

Lambda is AWS’ serverless processing service. It allows you to run your code in the cloud without worrying about provisioning the virtual infrastructure that will run it.

The AWS IoT service lets you build your own connected Internet of Things. It maintains a “shadow” copy of your smart device states in the cloud. This allows communication to occur more smoothly with devices that aren’t always connected. Devices can also launch actions, such as invoking a Lambda function.

The Simple Queue Service is a brilliant way to decouple application components. One component might write a message to the queue and then move on to other tasks. Another component might be polling the queue waiting to handle new messages.

The Amazon Echo is an awesome device. And, if you’re willing to write a little code, you can extend its functionality by creating custom skills for Alexa.

A more generic version of Amazon’s Dash Button that connects to the AWS IoT service. Pressing the button can invoke actions in various AWS Services including Lambda, DynamoDB, and SNS.

Amazon’s voice-controlled, internet-enabled, wonder device. It can play music, answer questions, even set timers and reminders. It can also be extended by developers, which is really why I bought one.

The remarkable inexpensive credit card sized computer. It’s low on horsepower compared to full size computers, but still has plenty of kick to perform lots of functions. The Raspberry Pi Foundation has created a vibrant community around this device and its many uses.

So how does this whole setup work? It might be best to start at the end and work backwards.

Baby Connect, at the time of writing, does not have an API that can be used to insert new events into their service. The only way to automate data entry is to automate an actual browser session. We need to simulate the keystrokes and mouse clicks of a user logging into the web site and performing tasks.

The module I built is used by a Node.js application which is run on the Raspberry Pi. This application has one job - it polls an SQS queue for messages, each containing a JSON payload describing the data to enter into Baby Connect. Next, each message the application receives is passed to a corresponding function call in the Baby Connect module I built. Finally, the module invokes the browser automation that enters the data via the web site.

This is one of my favorite parts of this project. The SQS queue and the previously discussed components can stand on their own as a complete system. I used an AWS IoT button and my Echo to launch actions that write messages to the queue. But, technically any process writes properly formatted JSON to the queue is valid here. If you came up with five other convenient ways to signal that you wanted to record a wet diaper, you wouldn’t have to modify the configuration of the queue or any of the previously discussed components.

This is what we call decoupling, and SQS is one of the prime methods for achieving it within AWS. The queue doesn’t care (well, beyond permissions) who adds or removes messages. As far as SQS is concerned, you could have one or twenty methods of adding messages to the queue, and one or a thousand agents polling the queue for messages to process. Either side can scale independently of the other with no configuration changes required. Furthermore, queue operations are asynchronous. That means a program writing a message to the queue gets control back immediately and does not have to wait for someone else to process the message.

Alexa skills consist of a couple pieces. You have to define the voice commands that are valid for your skill with a list of sample “utterances.” You also have to declare the interface that your skill supports, the available commands and what variables will be present in what is spoken (i.e. wet diaper vs. dirty diaper).

All of this determines how Alexa will process spoken commands, but you also have to provide a backend that will be invoked with the results of this processing. In this project, for example, I used a Lambda function to perform that role. The Lambda function gets invoked with a JSON object representing the parsed voice command. From there, the input is used to build the JSON object that gets insert into the SQS queue. Finally, a response is provided to the Alexa service, including a spoken response which in most cases is just “OK.”

This was one of the easiest pieces to set up. AWS has a wizard for connecting and configuring AWS IoT buttons, which meant all I had to do was write the Lambda function to be invoked when I pressed the button.

AWS IoT buttons have three types of presses: single press, double press, and long press. When a press is detected, information on the type of press is included in a JSON payload that AWS passes to the Lambda function. The function I wrote reads that information and passes a JSON object with one of three diaper types (wet, dirty, or both) into the SQS queue.

To some, this project might seem like overkill. As a first-time father getting very little sleep, there’s a part of me that would agree. At the same time, technology is my passion, so I am always driven to see what I can build to make life easier. I also needed something to distract me from the never-ending cycle of crying, pooping, and sleeping.

There is one other person (so far) who has found my project on GitHub and implemented it in his own home. This is also why I continue to push myself to build things; the sense of satisfaction I feel from helping someone else with a similar problem is huge. I hope that more people are able to benefit, even if only in a small way, from my work. If nothing else, it was a great exercise in getting more familiar with AWS.

I posted a follow-up discussing some of the hurdles I had to overcome building this project. Check it out!